Why Computer Vision Technology Is The Future Of Car Listing Portals

Artificial intelligence may have fallen short of the 20th century's science fiction expectations. In 2016, we are not served by armies of humanoid robots, our cars don't fly through the air, and our vacations are not being booked by interplanetary travel agencies. However, its steady pace of development has brought it to the focus of attention of some of the biggest trendsetters on the web. Facebook's Mark Zuckerberg believes computers will soon have more advanced perception of this world than humans.

Other online businesses are set to follow suit. Car portals, and other multiple listing sites like real estate agents, are currently installing computer vision, a form of image recognition technology.

Computer vision's outcome is to teach an engine to understand the properties of an object or a scene from its photo image provided. The algorithm learns to sort information from a database by matching patterns in a structured manner using systems like the Gaussian Mixture Models. Simple at first, these patterns become more complex as larger amounts of data are processed. As a result, software doesn't need worded tags, which usually don't accompany photos anyhow, to understand an image.

This will turn any given photo into a treasure chest of information. Industries like car sales are utilizing the opportunity to improve mutual understanding with their clients, whose decisions are largely determined by the visual factor.

Only a few years ago organic ranking in search engines used to be a matter of building backlinks. Backlinks can be built artificially, so the main search engines are looking for other factors like measuring user's satisfaction with a particular site. This is done in multiple ways including scanning content and features of a website, and also by monitoring user behavior such as return visits, time spent, etc.

Buying is often an emotional decision. For the artificial intelligence, emotion might be impossible to emulate but it is possible to track, analyze, and sort in databases whatever triggers it during buying process. The salesman's job here is to correctly understand the trigger clues - what features of his product are appealing to the buyer.

Computer vision works through the use of complex algorithms known as "neural networks", named so for being reminiscent of a human information-processing system in visual appearance as well as in modus operandi. The data output gathered from such sources is progressively becoming closer to user's point of view, and is set to outperform the systems who don't use the technology. With the major car portals processing in excess of ten million examples a month, the necessity to sort data by relevance cannot be overemphasized.

Consistency of the output data is further enhanced by the use of bootstrap aggregating, also known as bagging. It is an algorithm created by Leo Breiman in 1994 that helps in limiting the impact of the unpredictability and, hence, improve the performance of the image recognition process. The component of randomness is caused by the fact that any new input data is unknown to the system at the beginning of the image processing. As a result, the system cannot evaluate the data from the meta-perspective and identify whether a certain piece of data is really important. At the same time, since images are often supplied automatically by third parties like second-hand car vendors, human operators are usually not in a position to answer such questions manually. However, by applying this program it is possible to blend any odd data into a final graph, thus reducing its impact on the system's behavior in future image evaluations.

The goal of artificial intelligence is to excel in tasks normally carried out by an employee while reducing possible mistakes in performance. Technological advancements often send shockwaves across the industries with inevitable questions of the possible redundancies. Are robots defying their purpose by kicking the owners out of business? Vision recognition is a tool, and like any tool, it is there to benefit the user. Less need for the staff would work very much in favor of private portal owners as it helps smaller, non-agency owned websites to become competitive and to operate efficiently on a reduced budget.

Artificial intelligence is also making its way into the car manufacturing industry. Ford has announced serious plans to produce self-driving cars by 2021. Production of regular vehicles has also seen new improvements. It is now possible to identify a component or a part, by using bar or matrix codes. There are long-term implications of this on a possible future of online car sales. As databases across the industry grow, and more cars are coming off the production lines with their parts being scanned, tagged, classified and eventually their data shared around in databases, soon it may not be unusual for a car seller to supply the photos of the engine or its individual parts as a selling point, as well as video clips of its driving performance. Computer vision is also able to read the information from a video. Parameters like cars acceleration, engine's sound, smoothness of driving can be read and evaluated. Would you like to test drive a car? - Just log on to the nearest portal.

Having a crystal ball

Predictive vision is a model of computer vision that is very likely to become a part of the sales industry soon. By utilizing similar neural network machines and massive databases of human reactions in a variety of situations, computers have learned to recognize situations in human interactions, where a particular action, for example a handshake, is likely to be the next thing happening. With the increased accuracy of such programs, and also already used data-crunching pieces of software, salespeople will have an additional set of useful tools at their disposal to predict possible trends. Programs to more easily evaluate future opportunities are becoming available, like the smart analysis systems for future price movements. Operating with extremely large databases, such as those of bought and sold cars, makes the program's job easier. 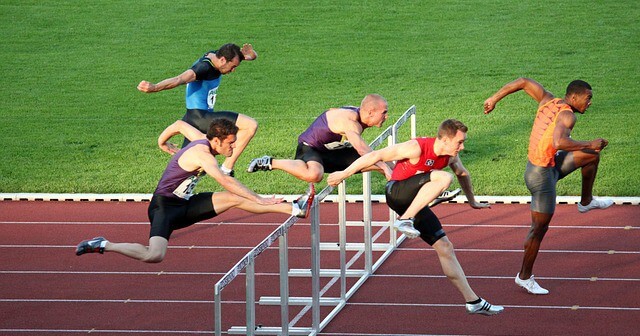 As computer vision works by matching known patterns within a known environment difficulties arose when trying to cross-reference data between databases. Studies have shown the accuracy and elaborateness of results decreasing when switching the sources of information. The study gave conclusion that program needed to be trained for every individual database. This, as well as the fact that available pre-made visual recognition apps may not suit everybody's needs, may lead users to consider learning a programming language like Python for the purpose of molding artificial intelligence's behavior to own requirements and teaching it to adapt to any given set of circumstances.

The new generation of vehicle identification programs is being developed. Currently used registration plates recognition technology is often bypassed by skilled offenders. New visual recognition systems are capable of matching the information from the registration plate with the details gathered by observing vehicles exterior and interior, providing the conclusion about whether is the plate a vehicle carries authentic or stolen. There are also anti-theft solutions based on computer vision. 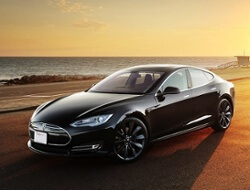 Image recognition technology can measure a multitude of features of any given object, and its abilities are improving to be able to handle additional details. Here is a list of some of the data computer vision can gather from a photo.

Videos of cars in motion

While the future of artificial intelligence is still uncertain and far from movie fairytales, its smart application is yielding results as we speak. Both the owners and the users or multiple listing car portals are having improved experience of their online interaction, and those who are keeping up with the trends are likely to have the competitive edge over the others. The amount and seriousness of the research invested indicate the applicability of computer vision is set to increase in 2017.

Please fill in the form below to subscribe to our blog